While recreating a complete log of my 2006 travel schedule for my friends and yours at the Internal Revenue Service, I thought to myself, “hey, this would be kind of fun, if not for the looming deadline and possible monetary penalties if I make a mistake.”

So, in the quiet last days of 2008, I’ve decided to take a look back on all of trips in this busy – crazy busy – year. Hopefully 2009 will be nearly as productive, but with half the air travel.

The new year came in with a shiver, as a boarded my first flight to Burlington, Vermont to take part in one of the first Q-grader testing sessions offered at Coffee Lab International, with a quick stopover in Las Vegas on the way there for a friend’s conveniently-timed wedding reception. 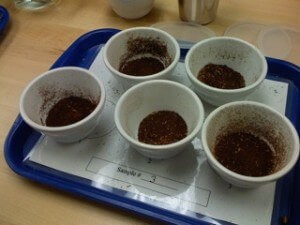 The snow fell and weather was almost unbearably cold, but the trip was a pleasant one. There are few things more enjoyable to me than having the opportunity to spend a solid 5 days cupping coffee without interruption from the outside world. Unfortunately, most of the pictures of that event were lost in the Vancouver event of April, 2008, but you’re probably not missing much anyway. 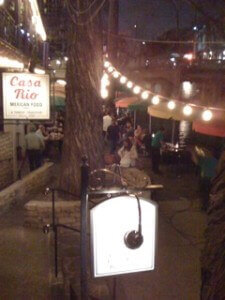 In February, I had the opportunity to talk about coffee in front of a room full of convenience store executives at the Convenience Retailing Conference in San Antonio. It was a quick 2-day, 9,000 mile round trip, but for a good cause: to speak with the leading retailers of our day about their coffee programs and how they can be improved. Unfortunately, the tight turnaround took its physical toll and I had to give the presentation with a head cold. The event otherwise went off without a hitch.

At the end of that same month, I left for Dubai to attend the 2008 Gulfood exposition and to meet with some clients from around the Middle East. 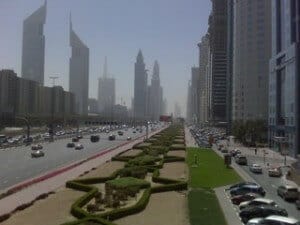 March shifted into high gear and kicked off some of the most dizzying of travel months of travel in 2008. Some of it was purely for fun, but most was business.

In early March, I started in Albany at the opening of a client’s shop, Hudson Coffee Traders in Kingston, NY. The new family owned startup was well-designed and focused on quality; it was a fun project. Two things, however, caught me by surprise: 1) on opening morning, we had an unexpected rush of local customers that had been anxiously (apparently) awaiting the opening of the business during its construction.

The crush turned an ordinarily quiet soft opening morning into a race to keep up with orders! I worked on bar that day to help with the demand. And 2) it also happened to be the same day that New York Governor Eliot Spitzer was publicly outed for his longtime use of the prostitution services on which he built his career closing. Oops. It made for an interesting buzz in the state capital as I exited town.

After Albany, I headed to Los Angeles for a quick stopover at the SCAA headquarters in Long Beach. It was a brief stop, but with welcome warm weather after all of my time in the northeast earlier in the year. I’m sure that I can dig up specific names and meetings for any of you would-be IRS auditors.

A hard reentry to reality, unfortunately, with a redeye from Hawaii to Seattle and an immediate start of work off the plane only 1 day after returning home from my holiday. Oh well, it’s a living… and it was a fun project for some good people.

The owners and development team of Newcastle England’s Central Bean Coffee coffee had hired me to assist with the startup of their groundbreaking UK venture and I wasn’t going to disappoint, furthermore, I was really in no position to complain because all 6 had lost their luggage in the British Airways Terminal 5 fiasco. In retrospect, it should have been a bad omen of things to come.

We spent an enjoyable and busy few days sampling all of the best of Seattle’s coffee and coffee houses, later driving up to Vancouver via Bellingham to do the same. On our last day there, we decided to take a little break and visit the Vancouver Aquarium. It was a wonderful diversion and a good end (we thought) to the work trip, but unfortunately, some robbers thought otherwise. While inside the aquarium, thieves smashed the back window of our rented truck and stole our luggage. Thankfully, we all had our passports and cash on us at the time of the break-in, but other intellectual and personal property, mainly my laptop and clients’ video camera chronicling the trip were gone forever. 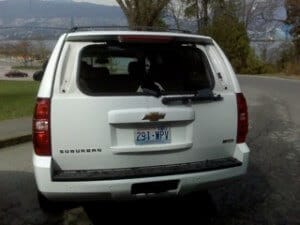 I had a recent backup, but not all of the data that I needed to use one week later at a shop opening in Boulder or for a 2-day lecture I would give in Singapore on that trip’s continuation. It would all need to be rewritten, all night for several nights. What a mess!

The Sunday after returning home from Vancouver (on Friday), I’m on a redeye again, this time to Denver with no laptop. With no Apple Store on the Big Island, my options are to fly to Honolulu for the afternoon over the weekend or buy a replacement computer on the road in Denver or Boulder. I opt for the latter, which works out reasonably well. A backup is restored on the computer and within a few hours, I’m busy recreating my training content for the week in Boulder. Unfortunately, the business that I’m there to assist is not in such good shape — complete chaos, no equipment installed, screaming young children and it’s all my fault? What a week.

Despite enjoying Boulder’s downtown at dinner time, the client was challenging. You meet a lot of interesting characters in this industry and unfortunately not all of them are pleasant ones.

Flying from Denver, through San Francisco and Tokyo, I arrived in Singapore tired and confused — but happy. Singapore is the ultimate foodie town and I would have plenty of time to partake of its many hawker stalls and eateries serving Chinese, Indian and Malay cuisine at its finest. And of course, get some work done too. 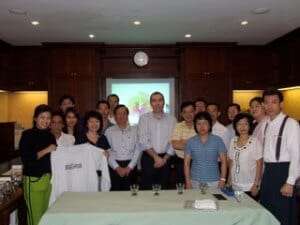 Despite the rush to recreate my lecture and handouts, the 2-day lecture for my client (an equipment manufacturer in the coffee industry) was a lot of fun; it is always enjoyable to introduce new concepts in coffee to people that can directly apply the information to their everyday trade. My students were very friendly and engaged in the content; a good time and plenty of catered snacks were had by all.

The timing was perfect, because by being in Singapore at that time of year, I was able to attend the biannual Food Hotel Asia exposition and volunteer to participate as a judge in the Asia Barista Championship, a regional event organized and run by some friends in the business.

While there, there were a number of business meetings and dinner parties and yes, more food. The airline considered substituting a larger aircraft for my return flight home. 10 Days was just right to get a good taste of Singapore although there is still plenty more that I would like to see on my next trip.

Home for a few days and at the end of April it was time to leave for Minneapolis and the annual Specialty Coffee Association of America conference and exhibition. Which brings us to…

The annual SCAA conference is our industry’s largest gathering where nearly 10,000 in the coffee industry on all sides (growers, roasters, retailers and suppliers) come together for one big week of lecturers, business networking, competitions, trade exhibition, training sessions and, of course, big parties. 2008 in Minneapolis was no exception. Only one disappointment: the weather. It snowed on my first day in Minneapolis, which was a miserable mental return to the frozen first half of my 2008. I recall fondly looking back to the 2007 conference in sunny Long Beach.

Although no photographic proof seems to exist in my library to corroborate my statement, it was another busy week. Perhaps the lack of photography in itself is proof. I taught classes, joined luncheons, had business meetings around town and over various beverages, and attempted to walk the exhibit hall floor for the first time in 7 years, unfortunately, only able to crawl about 5 feet before seeing another friend and/or business contact. I only saw 2 aisles.

This year as the event and United States Barista Championship was wrapping up, I was preparing to host a new breakout conference, CSP Magazine’s Hot Beverage Symposium, a full day of lectures and breakout discussion sessions designed for convenience store retailers interested in coffee and tea… moderated by none other than me.

It was a full day of presentations and moderated discussions, but all retailers in attendance agreed that it was time well spent. I switched flights and caught an all night flight home through Las Vegas to check on a sick bunny (he was fine) and was home by the next morning.

Stay tuned for the second half of 2008 and our exciting conclusion.