Continuing the year-end summary of my travels from this year, we look at the second half of 2008. Considering the increase in business activity from June through December, I conjecture that the economic slowdown has had little or no effect on the specialty coffee business, or at least not mine (or not yet, anyway). 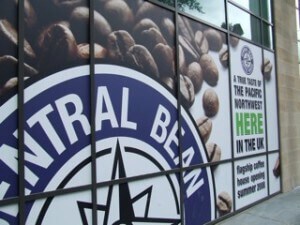 Come June, it was finally time to finalize the plans that we had begun setting for Central Bean Coffee back in late-March/April. One small problem was that the World Barista Championship, of which I had recently been made a board member, was scheduled to be held in Copenhagen right in the center of my planned work time in Newcastle. 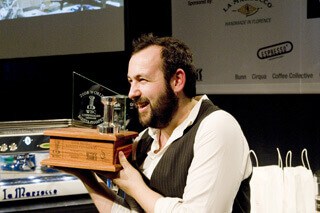 In the end, it all worked out pretty well, with time spent in Newcastle before and after the championship in Copenhagen, but those stops in addition to a stopover in New York to speak at the NASFT conference on my way home made for a very long month on the road.

Sorry to say that I don’t actually recall what I did in Los Angeles last July, but it must have been good. By the looks of things (frequent flyer ticket), it must have been a fun trip rather than a business one. 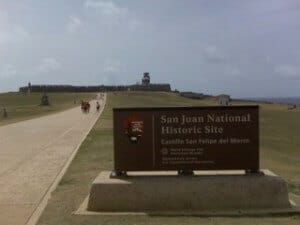 Fort San Felipe del Morro (but you knew that)

San Juan, on the other hand, was definitely business related: a stopover with meetings along the way to work with my client in Grenada for the first half of August.

Continuing on from Puerto Rico, I traveled to the tiny island nation of Grenada, best known for its spices, rum and speedy invasion by U.S. forces in 1983. 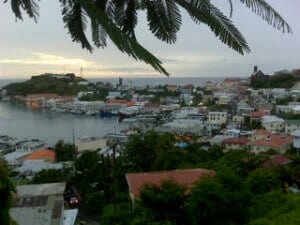 Grenada is a delightful Caribbean island with friendly people, an interesting history, lots of hungry mosquitos and now, one really good coffee shop: TakeTime Coffee and Tea in St. George’s. Head to the center of town and you can’t miss it.

In retrospect, it probably would have made sense to continue from Grenada to the UK for my upcoming meetings in London, but hindsight is 20-20 and travel rarely works out to be convenient. I first headed home to Hawaii and then later that same month, back to London. 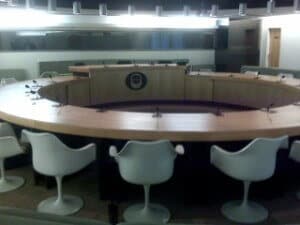 After a few days of meetings in a conference room at the International Coffee Organization that was apparently a former set from Star Trek, and another meeting in town with a client that flew in from elsewhere, it was time to continue back up to Newcastle and check in on Central Bean. 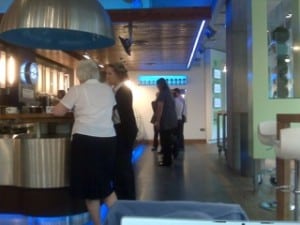 To my delight, the flagship store was coming along nicely and adhering to the best practices established in our training sessions at the time of opening a few weeks earlier. Their time flying solo had gone well. We worked on a few touch-up issues and discussed plans for expansion in 2009, then it was time to return home again, at least for a little while. 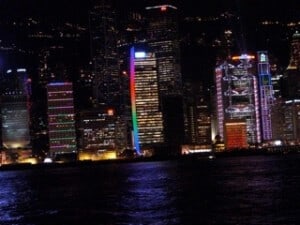 Original plans for some business meetings in Hong Kong in the fall of 2008 would ultimately fall through, but at least we had the opportunity to visit some friends living in town. Not exactly the perfect time and place for a holiday, but why not… I love Hong Kong. Doesn’t everyone? 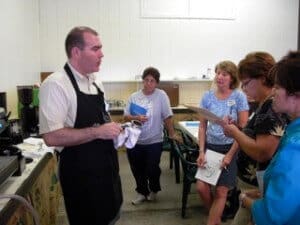 Can it be true? Yes, it was… November kicked off with an event at home, on my very own Island of Hawaii. The Kona Coffee Cultural Festival is held every November to celebrate Hawaii’s coffee history and all that it brings (money, tourism) to Hawaii. Expanding on the standing-room-only espresso training sessions that I taught in 2007 we added a new cupping class to promote the advancement of tasting skills among farmers and processors.

Unfortunately, by November, the historic scale of the world’s economic troubles were starting to become known by the public and enrollment fell far short of expectations. All of the content was in place, supplies purchased, training center built and me there to conduct the classes, but only a handful attended. It’s sad, really, that so few saw this as an ideal opportunity to improve performance during off-peak times for a nominal charge of admission. And that, folks, is why nearly all of my business is off-island; I have to go where businesses are willing to invest in their own improvement. Aloha!

I prefer to focus on the positive and press on to new project abroad, with a quick stopover in Sacramento over Thanksgiving with the in-laws. 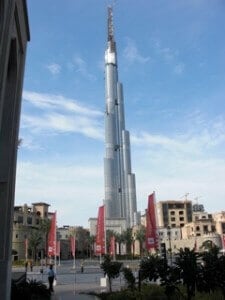 Did somebody say big? Big is an understatement for the Burj Dubai, the world’s latest tallest building. On completion it will be 3 times (not a typo) the height of the Empire State Building. It was kind of hard to miss right outside of my hotel room in Dubai, where I returned for a meeting with a Gulf-area client along the way to India. 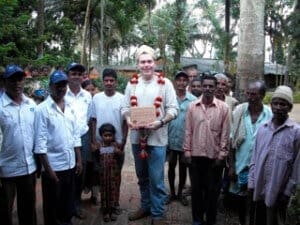 (Yes, I realize that I’m always the awkward-looking white guy in the middle.)

India is one place that I’ve always wanted to visit, but never really had a convenient opportunity. Thankfully, India is firmly among the top 10 coffee growing nations of the world, so I always suspected that a chance to visit would arrive. And did it!

Sethuraman Estates is the undisputed top grower of Indian Robusta coffees and arguably one of the best coffee producers anywhere in the world; they also happen to be one of the industry’s best kept secrets. That’s where I come in. We’ll have much more to say about that in 2009; all good things take time to cultivate. 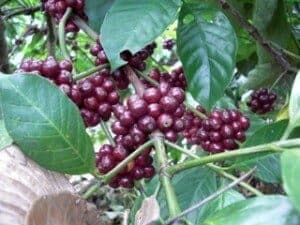 It’s now the very last day of 2008 in Hawaii and I’m astonished by everything that I was able to accomplish in the past 12 short months. With the possible exception of a few little bumps along the road, it was a pretty good year. I never could have predicted the many twists and turns that this year had in store, which keeps me excited about this industry and what 2009 (and beyond) will offer. Who knows where I will be going and what I will be doing next… not me, and I would have it no other way.