This is my second annual year in review, started in 2008, inspired by the Internal Revenue Service audit of my travel receipts for 2006, after which I now make far more detailed records of each trip. The audit was dismissed but only after producing a complete day-by-day planner of that year in painstaking detail. If you travel significantly for work (or coffee), it’s important that you keep a detailed log. 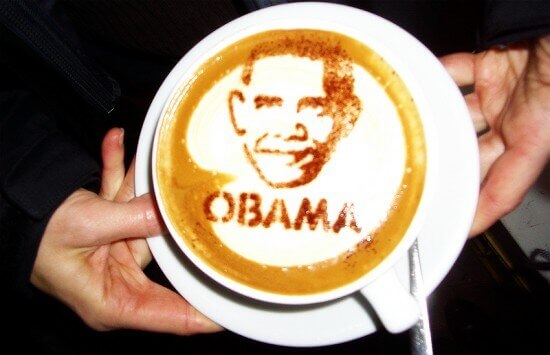 2009 Started quietly. The world was still reeling after a near global economic meltdown and in the USA, we awaited the inauguration of President Obama with cautious optimism. Everyone seemed to be holding our breaths waiting to see what happened next.

January began with a short but sweet coffee trip to Sacramento to evaluate a roasting business that was being considered for purchase by clients (they ultimately did not) and also to stop in and see Shawn Hamilton, who was gracious enough to host me and my clients for a tour of Java City‘s roasting operations. Thanks again for that Shawn, it was very informative.

There was little coffee travel to report over the next few months, as I managed some small but ongoing consulting projects held-over from 2008, did a little volunteer work here and there for the World Barista Championship, kept an eye on the long term renovation of my home and also got some very bad medical news about a close family member. By mid-2009, the boredom, remodeling and medical condition were all resolved favorably. We continue.

March brought the 2009 United States Barista Championship, held independent from the annual Specialty Coffee Association of America conference for the first time. SCAA would host the World Barista Championship just one month later and running the US and world championships back-to-back is a little unpleasant for the US competitors and organizing staff.

I joined the coffee festivities in Portland and while there, held a workshop on coffee tasting sensory skill building hosted by my friends at the American Barista & Coffee School. Portland is a delightful city when the weather cooperates and probably the best kept secret for outstanding dining scene anywhere in America — or at least it was a secret to me. Great young chefs from around the world choose Portland for its mostly favorable cost-of-living and patrons that appreciate fine but tastefully and simply-prepared fresh local ingredients. The food and coffee of Portland make it a top spot for my next mainland holiday. 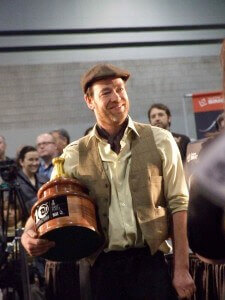 As the world economic freeze was beginning to show the first signs of thawing, my coffee travel was quickly heating up. First to the annual not-to-be-missed SCAA show, which was held in Atlanta in 2009 alongside the World Barista Championship. Competition newcomer Gwilym Davies of the United Kingdom dazzled the crowd with his seemingly effortless command of coffee and humble charm to become World Barista Champion.

Wrangling media for the WBC became a full-time job at the show, which when combined with teaching an espresso class with my friend Allen Leibowitz of Zingerman’s Coffee Company and speaking on a brand discussion panel organized by Marie Franklin of Portland Roasting, caused another year to pass without ever setting foot on the exhibit floor. Like years passed, I vowed to spend a little time looking around and maybe even attend a lecture at the 2010 show in Anaheim. As of February 2010, I can say that that goal is looking pretty good. 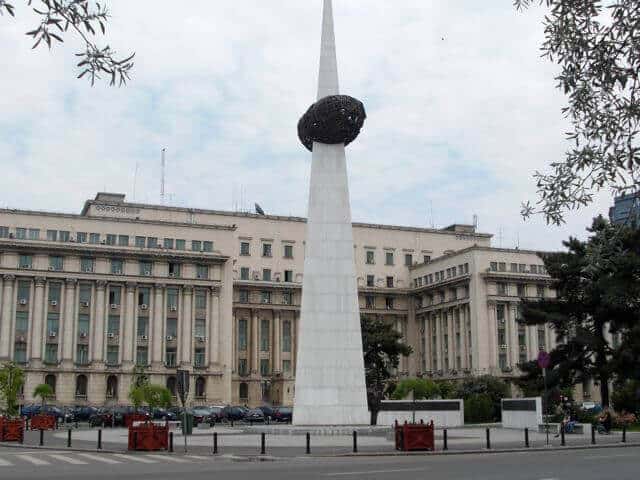 One week after getting home from Atlanta, I was off to Bucharest, Romania to begin the development of a coffee roasting facility for that country’s largest retail chain, having more than 50 locations at the time. This was my first time setting foot in the country, which I found to be practically bursting at the seams with capitalism after so many years of communist oppression. Ferrari dealerships, designer clothing and jewelry outlets dot the main streets of Bucharest with the fury of spring flowers blooming in Minnesota (a.k.a. now’s your chance to bloom, better make it good because the warmth may not come back again). Anyone that owned property at the time Romania entered the European Union in 2007 was instantly rich as values skyrocketed with foreign investment; new money and new opportunities are everywhere.

Just recently back from Bucharest, it was time for a quick turnaround for the Caribbean… and specifically, Jamaica. 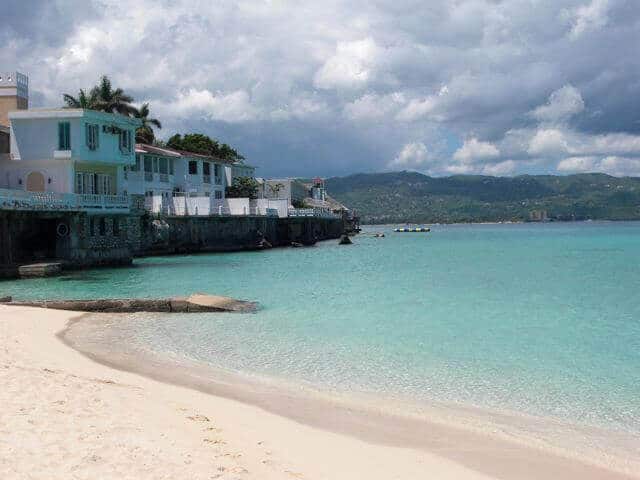 The Jamaican Tourism Board slogan suggests, “once you go, you’ll know.” Oh, how I know!

I have been to the Caribbean before for work and holidays, to the Virgin Islands, Puerto Rico and Grenada, where I had a particularly enjoyable time working for some particularly nice people but none trips of these prepared me for what was waiting in Jamaica.

From the time my driver picked me up at the airport with a lit joint in his mouth and full cocktail tumbler of rum (yes, a glass) on the dash of his primer-accented Toyota, I knew that Jamaica would be an interesting adventure, to say the least.

…that one luckily did not involve me but there were about a dozen other near-misses that had me scrambling through my briefcase for Dramamine. Like a cross between a Cheech & Chong movie and Mr. Toad’s Wild Ride we weaved and bounced over the rain-slick and poorly maintained roadways for hours each day with little regard for what obstacles may be around the next corner — they were probably hallucinations anyway.

A meeting in Kingston with Coffee Industry Board of Jamaica Executive Director Christopher Gentiles was a refreshing diversion from all of the madness I experienced earlier in the week in Mo Bay and Negril; a hopeful reminder that there are some very smart people with good ideas working hard behind the scenes to help the coffee industry in Jamaica along.

After a week of vomiting car rides, creative disagreements and mostly-no-show meetings with vendors and prospective landlords, it was time to pack up and get out of there. 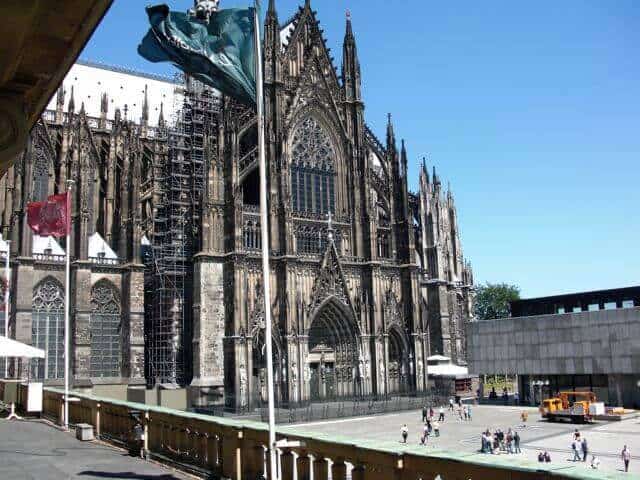 Until June 2009 the year had been well, let’s face it: lousy, so I vowed to make a fresh new start in the second half. June began in Cologne, Germany for the annual Specialty Coffee Association of Europe conference, including championships for cup tasting, latte art, good spirits (coffee with alcohol) and Turkish coffee preparation. Other than a few business meetings and helping out with the WBC stand at the exhibition, I had some enjoyable time with colleagues, as well as jog around the city and enjoy the amazingly pleasant weather. Just what I needed. 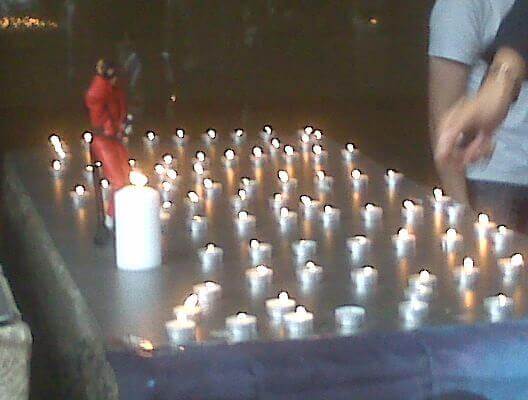 The sudden untimely death of Michael Jackson could have been received as a bad omen but it was not. He must have touched a lot of people in Germany (bad choice of words). Vigils lasted for days in the Dom cathedral square and I awoke more than once to the sound of MJ ballads sung by crowds of heartbroken German fans. 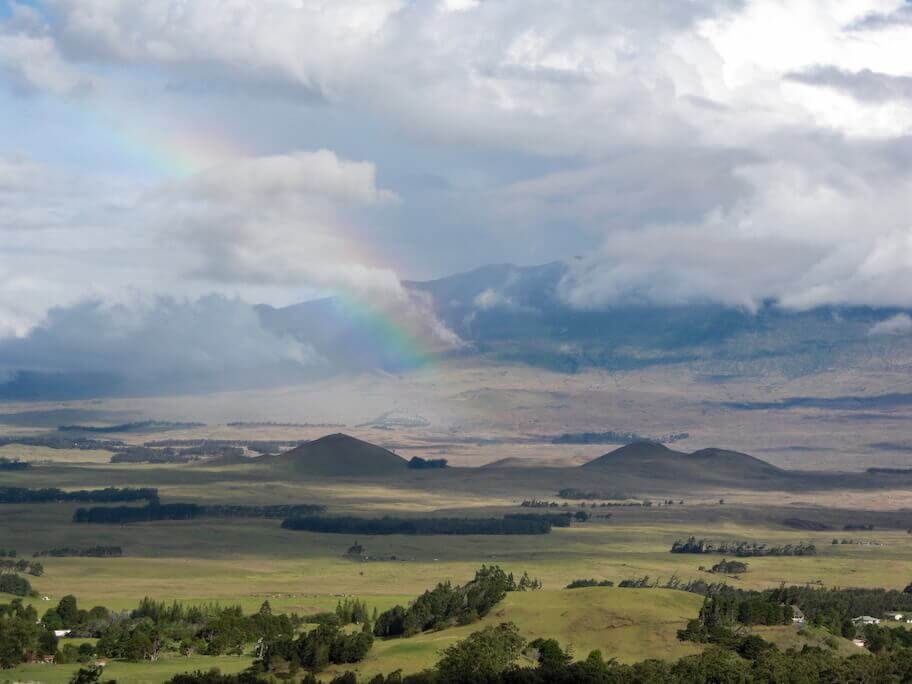 I enjoyed the next few months of relative peace and quiet at home in Hawaii, with some portion of July dedicated to moving back in to my house that had been renovated for the prior 13 months. It was good to be home. 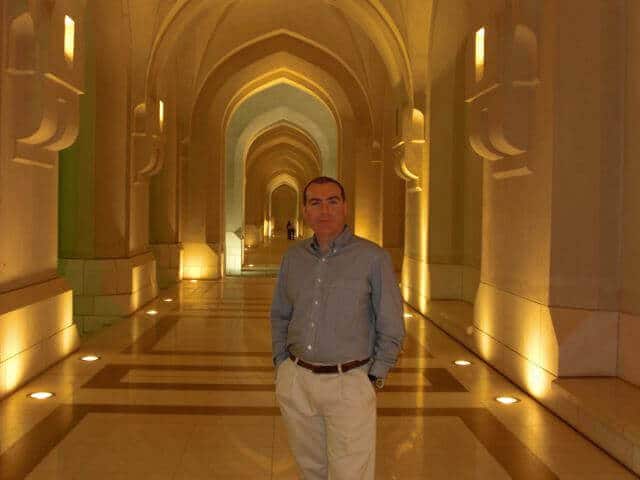 Me at the Royal Walkway, Sultan’s Palace, Muscat

It was time to get back to work on the road. I headed next to the Gulf, a region of great interest to me for its unique history, food and unparalleled hospitality.

One small word of warning to travelers visiting Oman: do not drop by a friend’s house with the expectation of having a quick chat and cup of coffee.

It is tradition in Oman to make as big a fuss as humanly conceivable upon the arrival of a house guest, with the host going to insane expense preparing elaborate meals and even traveling across country to return home at the mention of a casual visit. Similarly, it is traditionally rude for the guest to reject the hospitality, even if you (oh for example) have been on the road visiting retail sites all day and really want to get back to your hotel so you can sleep. Such visits are known to ensnare visitors for hours -even days- before the host will acquiesce and grant his guest permission to esc… I mean, leave. As I recall from discussing the incident with my client there, the English translation of the local phrase describing this situation is approximately “the kind of hospitality that hurts.” 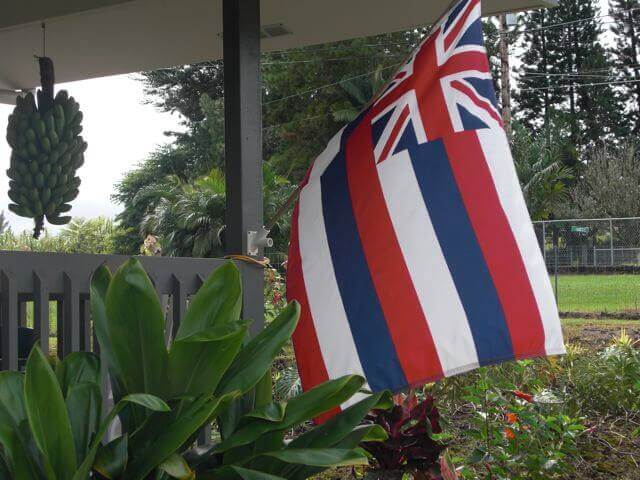 That’s right, they came to me this time! October 26-30 was the Specialty Coffee Association of Europe origin tour of Hawaii, organized and led by me and Shawn Steiman, doctor of tropical agriculture extraordinaire, author of the Hawaii Coffee Book and all around swell guy.

A complete day-by-day account of the SCAE Hawaii coffee tour is already posted to this blog.

It was a great trip that did much to promote Hawaiian coffee in Europe. As a follow-up, farms featured on the tour are now exporting coffee to new buyers overseas — of note, be sure to look for some of the best of Ka’u for sale now at Harrod’s in London!

The trip began as a long but simple, round trip from Hawaii to Dubai for the first UAE Specialty Coffee Conference and Barista Championship. Despite being a longer distance, eastbound travel from Hawaii is generally far less expensive. …but plans change.

hHaving recently started a large project in Russia, I scheduled meetings in The Netherlands with my clients and extended out the trip a little longer. I was left with a free weekend between the conference and meetings, but surely something else would come along — and it did. 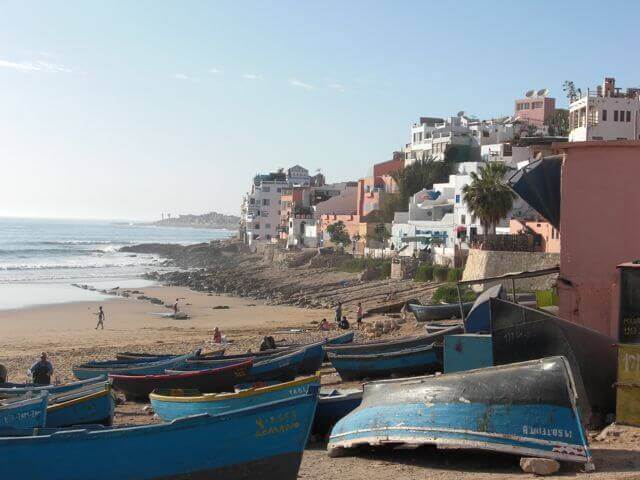 A new project was forming in Morocco, so I added a stopover on my weekend off for a few meetings. So what about the whole Tokyo, Hong Kong connection, you ask?

December 2009 – Los Angeles and back to Sacramento

December saw me return to my former home city of Los Angeles for a short few day’s roasting work on my European project and then back to Sacramento with my wife and her family for the holidays, completing the circle to where I began in January.

2009 was wild, amusing and unpredictable, sometimes sad and stressful, but everything worked out in the end. Like an episode of Fantasy Island, economic uncertainty was resolved, illness was cured, IRS audit dropped, old friendships remembered and new ones made all in one tidy 12 month period.

What I learned in 2009 can best be summed up by Ricardo Montalban’s iconic Mr. Rourke character, who said at the beginning of every episode, “smiles everyone… smiles!” After all, I’m living on Fantasy Island. 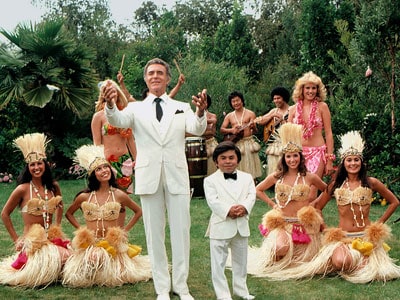