The latest issue of Australia’s Cafe Culture Magazine includes an article that I wrote for them about the Hawaii coffee industry, called “A Postcard from Hawaii.” I’ve lived in Hawaii now for about 10 years and like others who have spent any amount of time here, recognize that it is very different than the marketing image of Hawaii that is advertised in travel magazines or shown in big budget television shows like Hawaii 5-0: not better, not necessarily worse, just very different than you expect. The same is true of Hawaii coffee.

At the first mention of the word ‘Hawaii,’ you already have a vision of the place: crystal blue ocean, palm trees, white sandy beaches and tanned Polynesian girls dancing the hula while you sip on coconut drinks decorated with tiny umbrellas. This is the image of Hawaii that centuries of mariners’ lore and decades of modern coordinated tourist marketing campaigns have impressed in the mind of prospective visitors from around the globe.

Hawaii is a place rich in cultural diversity and striking natural beauty. It’s a place where the Earth is new and growing every day, thanks to the steady eruption of the Kilauea volcano that began in 1983. Its seas are teeming with fish and land so fertile that it grows abundant produce like a modern day Garden of Eden. The Big Island of Hawaii alone is a host to eight distinct climate zones (from humid tropical to tundra) and contains one wettest cities in the United States (Hilo: 3,220 mm of rainfall, averaging 272 days annually) and one of its driest (Kailua-Kona: 467 mm). The stark contrasts, however, do not end there.

It’s also home to one of the worst performing public education systems in the country and consistently among the bottom few states in which to operate a business. Low-paying service jobs are plentiful but there are few prospects for advancement beyond waiting tables or cleaning hotel rooms, so resident workers often choose to move beyond Hawaii’s shores to pursue career opportunities. Being heavily dependent on tourism and part-time residents or retirees who will pay a premium for their own private subtropical getaway in the Central Pacific, it is a place with a perceptible undercurrent of inequity between the ‘haves’ and ‘have nots’.

The reality of life and sometimes even a holiday in America’s island-chain 50th State is somewhat different than a picture postcard of paradise. Yet despite its challenges, Hawaii residents are the undisputed happiest and healthiest Americans year-after-year. That’s because locals know that the best Hawaii has to offer is not found on tourist brochures or within the trappings of gated golfing communities but rather, in plain sight for those who know where to look.

There is nothing that symbolizes the complex relationship of ‘good’ versus ‘bad’ and of ‘tourist propaganda’ versus ‘reality’ in Hawaii more authentically than its own coffee. 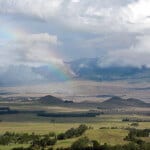 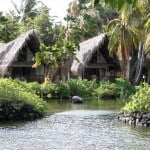 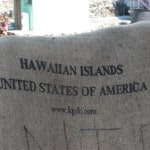 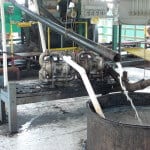 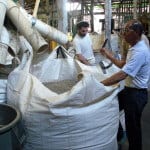 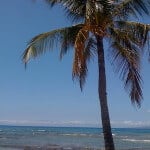 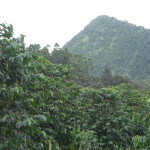 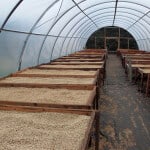 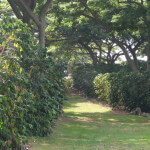 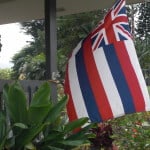 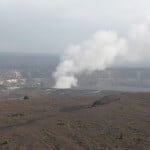 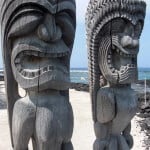 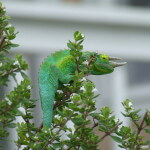 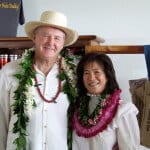 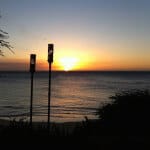 Kona coffee has a favorable, almost legendary status among consumers from the U.S. Mainland and Japan, less so with specialty coffee trade but nevertheless consistently commands among the highest prices of any of the world’s coffee growing origins. Although Hawaii’s most famous coffee hails from the Kona District surrounding Kailua-Kona town on the Island of Hawaii (note that the Big Island shares its name with the state, which is sometimes confusing), it is not the first place where coffee was grown in Hawaii, nor the only where coffee grows today. In fact, coffee is grown in 11 regions of the state’s five largest islands: Hawaii, Maui, Oahu, Kauai and Molokai.

The first planting of coffee in Hawaii is thought to have been in 1825 on Oahu, home to Hawaii’s largest city Honolulu and famed Waikiki Beach, in the Manoa Valley with plants acquired from Brazil by that island’s tribal governor. Seedlings or cuttings of the original plants, presumably ‘Bourbon’ variety, were carried to the Big Island by missionary Samuel Ruggles in 1828 to the Hamakua District of Hawaii on its northeastern shore. The Guatemalan ‘Typica’ variety arrived 1892 (renamed ‘Kona Typica’ a century later to avoid consumer confusion) and became a popular favorite on the Big Island, soon after finding its way to Kona where it has remained in production continuously ever since.

Kona is still the undisputed origin brand leader of Hawaii for consumer recognition, perpetuated by historical quality and perhaps aided the psychological impact of enjoying coffee on the balcony of a Hawaiian hotel at sunrise. In recent years, specific estates in Kona, on Maui and the tiny Kau District (south of Kona on the Big Island) have been building a reputation with commercial specialty buyers, as well, for their extraordinary achievement in flavor and quality that measures up to Hawaii’s extreme cost of production.

With the notable exception of the 1,250 ha mechanized Kauai Coffee Company estate, which makes up nearly the entirety of that island’s production and about half of all production in the state, the majority of the farmers on Hawaii’s 800 coffee farms have less than 2 ha of land, which is usually picked by hand. Two thirds of those farms are located on the Big Island.

Variations in microclimate, soil, geography, varietal, cultivation, harvesting and processing practices in each of Hawaii’s growing regions contribute to a wide array of flavors from the tiny annual harvest of only about 76,000 45.45kg (100 lb) bags produced by the entire state on 3,237 ha (8,000 acres) of planted land. For purpose of illustrating the size of Hawaii’s total coffee production, this is approximately the same area of two large farms in Brazil – a producing country with over 220,000 coffee farms. Hawaii is a very small origin.

In the attempt to maximize earnings while operating on small plots of land in the U.S.’s most expensive state, many of those farms have become vertically integrated and sell roasted coffee only to retail consumers — mostly tourists. Sadly, despite the good intentions and extreme devotion of these farmers, more time and thought is sometimes devoted to the design of package labels than to the development and execution of roast profiles, leading to inconsistent cup character from farm-to-farm and day-by-day. Like visiting any coffee growing origin, it’s not always easy to find a good cup of coffee on your trip to Hawaii.

Hawaii green coffee grading standards contribute to Hawaii’s challenge of remaining competitive in a global specialty coffee marketplace with the lowest grade, ‘Prime’ allowing for “fifteen per cent defective beans, by weight, included therein not more than five per cent, by weight, sour, stinker, black, or moldy beans that equal full imperfections..” As a result, some coffee proudly labeled and sold as ‘100% Kona Coffee’ may contain as much as 5% badly defective coffee; well below the Specialty Coffee Association of America threshold of zero (0) primary defects for what can be called ‘specialty’.

Grading standards are far beyond the technical understanding of a typical visiting coffee consumer; however anyone paying upwards of $20 per 250gm of coffee at a souvenir shop for 5% badly defective coffee would likely leave with a figurative and literal bad taste in his or her mouth. In practice, that same coffee appears today on store shelves directly beside a world-class example of 100% Kona but there is no way for the consumer (or professional, for that matter) to tell them apart until they’ve been consumed.

Despite its challenges, there is a lot of value in the coffees of Hawaii, not only from their level of quality but also from the uniqueness of their origin. Sure, Hawaii produces coffees of distinction with delightfully complex, rare and delicate flavors but let’s not forget the less direct benefits that we, as an industry, strive to achieve in other origins that are already alive and well in Hawaii.

Hawaii offers environmental responsibility and a standard of living for its farmers like very few others. There are few origins in the world where farm laborers can support a family in the developed country on a coffee picker’s salary: you can in Hawaii. Is it not a goal of specialty coffee to create farming conditions similar to Hawaii everywhere coffee is grown?

The reality of the Hawaiian coffee industry is that Hawaii is a boutique producer of coffees: some good, some bad, some exceptional. Like your holiday or your time living in Hawaii, it may not be the postcard you expect but if you know where to look, you might just find paradise.