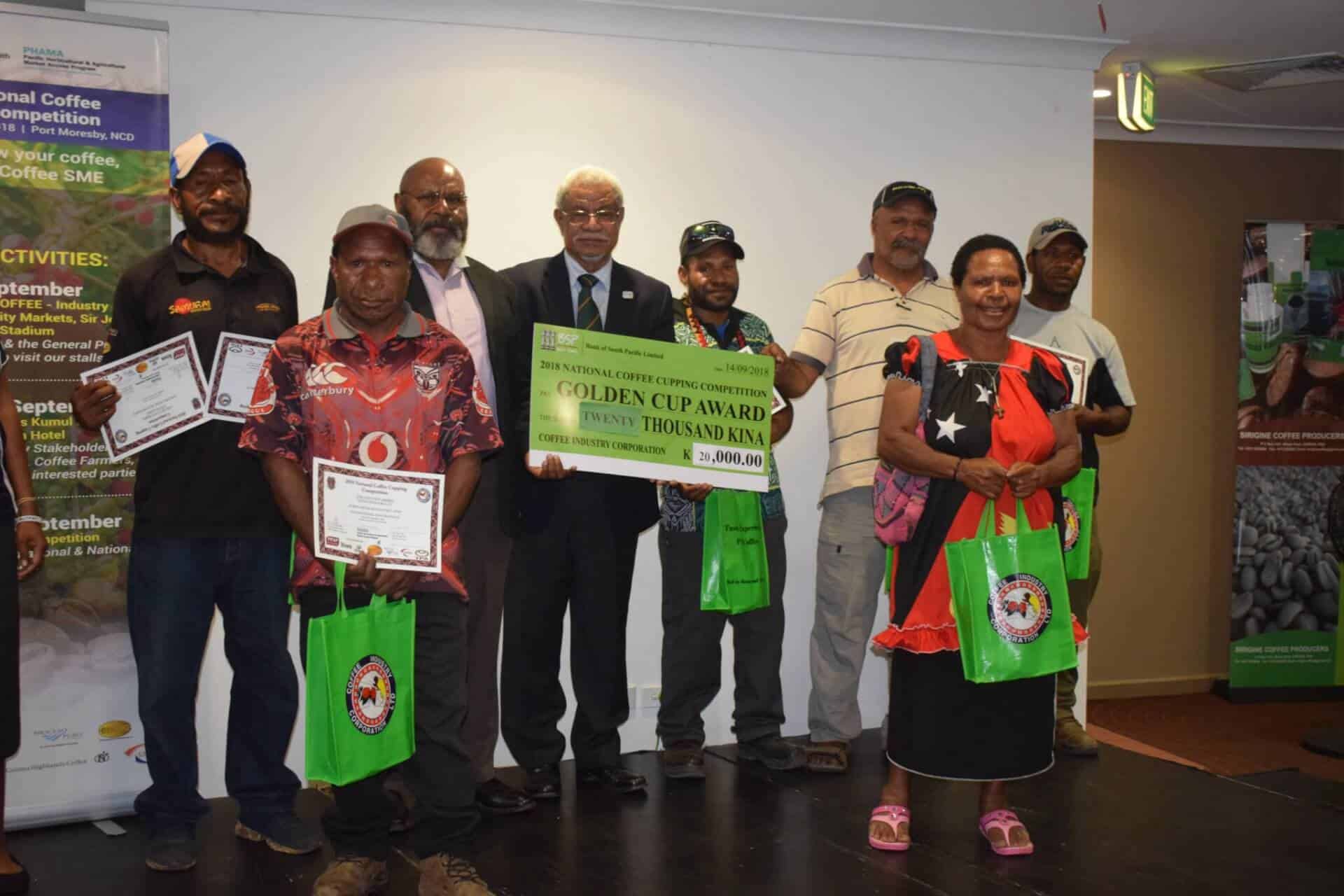 Five of the top seven entries above 85 points, including the winning lot, were from the Eastern Highlands. Many of the top-scoring lots participated as a part of the World Bank Productive Partners in Agriculture Project (PPAP), which is implementing improvements in producer communities.

The top 20 finalists scored an average of 84.57, including 8 lots that were over 85 points — all from smallholder communities. Work is continuing on the program for next year, expecting wider participation, higher scores, better access to the communities and coffee — subsequently more differentiated specialty sales generated for community coffees. With the high cost of production in PNG and commodity prices at current levels, this has been a challenging year for farmers and exporters. Read more about the challenges of the PNG coffee market in the PHAMA study published earlier this year.

At an awards ceremony on September 14, CIC Chief Executive Officer Charles Dambui awarded development funds and equipment to groups in tiers achieving 83, 84, and 85 points or higher in recognition of their performance.

A roadshow of winning lots is being organized by Liberty Coffee of Singapore, with tastings expected in Bangkok, Hong Kong, Indonesia, and Perth in November and December. For more information, visit Liberty Coffee’s Instagram page.