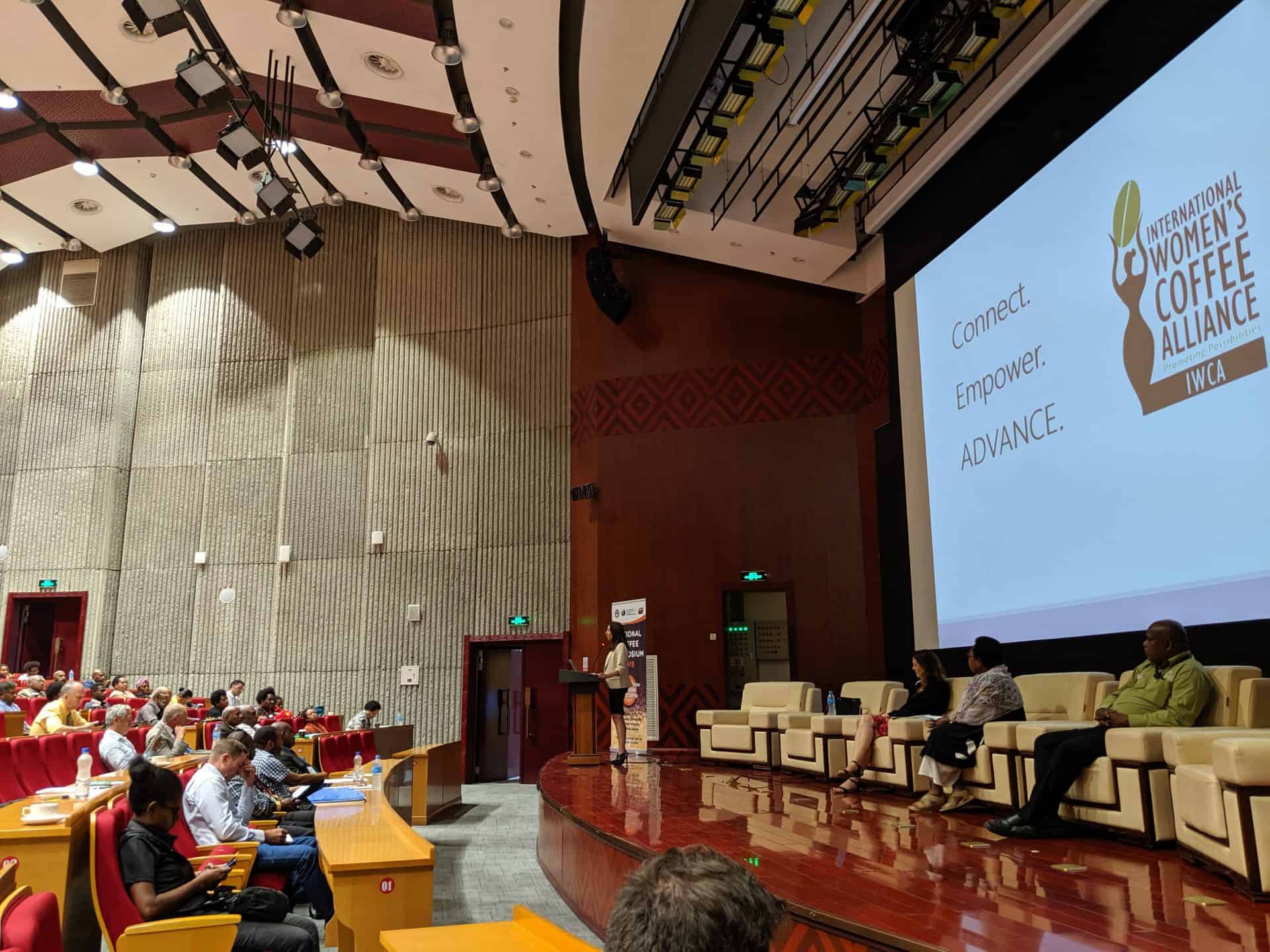 An update of the Papua New Guinea Coffee Market Study written by me for PHAMA last year was published for the recent occasion of the country’s first national coffee symposium, which was held May 22-23, 2019 in Port Moresby. The event drew over 300 stakeholders from around the country, including producer/exporters, representatives of farming groups, government, Coffee Industry Corporation (the country’s regulating authority), and distinguished guests: H.E. Bruce Davis, High Commissioner of Australia to Papua New Guinea, the Honourable Benny Allen MP, Minister of Agriculture and Livestock, Mick Wheeler OBE, representative of PNG in the International Coffee Organization, Nichole Motteux, sustainable coffee advocate, Gina DiBrita, owner of Numero Uno Coffee Roasters, and Matt Graylee of Raw Material Coffee. The two-day program featured concepts and strategies encouraging the industry to innovate to pursue new value in differentiated coffee markets. The conference was organized by the Pacific Horticultural and Agricultural Market Access Programme, the joint Australia and New Zealand government pacific-wide market access program which also commissioned the coffee market study.

My summary of changes to the world coffee market and continued relevance of suggestions made within the coffee market study appeared in the following conference program foreword:

It’s been a challenging two decades for the coffee producers and exporters of Papua New Guinea. The global origin brand “Papua New Guinea Coffee” once celebrated as a standard for excellence is in a slow but steady decline in volume, value of production, and in reputation. Complicating matters, the cost and difficulty of producing coffee in PNG has increased, making it a less profitable activity than before. Unless action is taken to reverse course, coffee farming may no longer be a commercially viable activity in PNG within our lifetimes, threatening not only the livelihoods of over 400,000 Papua New Guinean households who rely on the crop as a source of income, but a symbol of national pride.

In early 2018, PHAMA began a new initiative to better-define and develop recommendations to address the situation, as requested by stakeholders of the Coffee Industry Working Group. National and international private industry, CIC, government and NGOs all came together, committing significant time and resources to provide their knowledge and data to support the effort. The resulting Coffee Market Study report identified critical issues that inhibit growth of the country’s coffee sector but makes a conscious effort not to dwell on past missteps or limitations beyond the industry’s control. Rather, it places emphasis on solutions and identifies specific actions to take now, for better results tomorrow.

Three key themes of interventions emerged from the analysis: 1) empowering women to take leadership roles in an industry that relies on their participation but marginalizes their authority, 2) facilitating business growth with institutions that encourage and support free enterprise, and 3) implementing technical improvements to make coffee farming less risky for the most vulnerable, and more valuable for all. As an overarching goal, the report advocates a path toward differentiation: the concept of de-commoditizing wherever possible to pursue high-value niche markets where PNG has a comparative advantage.

Nearly one year later, the importance of de-commoditization could not be more evident. Global commodity coffee futures prices have continued a downward plunge to their lowest levels since 2005. Despite anticipated long-term global coffee shortages, a short-term glut of commodity stocks has flooded the market. Combined with a strong U.S. dollar, the value of exchange-grade coffee has been driven by speculative trading to below its cost of production in the majority of countries involved in its production, including PNG.

In prolonged times of low prices, farmers abandon coffee for other crops. When left unpicked, rotting cherries become a breeding ground for the coffee berry borer, the world’s most difficult and destructive coffee pest. If uprooted, coffee trees take four years to regrow, making new plantings an expensive venture for smallholders to finance. Those who leave coffee farming usually do not return. Although it is very likely that commodity prices will rebound at some future date, when and how much damage will be done to PNG’s national industry remains to be seen.

There is no better time to start making PNG’s coffee industry better than today. The Coffee Symposium of May 2019 has the potential to be a pivotal event. Will it be remembered as the place where colleagues and competitors banded together to take action for the good of an industry or forgotten as a gathering that discussed problems we already know exist?

As we go forward, there will undoubtedly be disagreements over the details of implementing a large and complex plan with so much at stake affecting so many, but no good plan ever passes without disagreement and healthy debate. If solutions were easy, they would have been applied years ago. As conflicts are encountered, remember that we unified by the common goal of preserving and expanding one of PNG’s most important industries. There is no doubt that PNG’s coffee industry faces many challenges, but we should recognize that these problems are generated by humans therefore can be solved by humans.