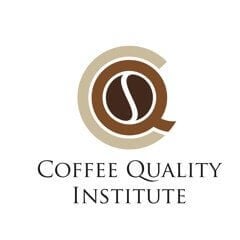 Andrew Hetzel was contracted as a coffee value chain specialist for the USAID Value Chains for Rural Development project in Myanmar (Burma) through implementation partner Winrock International and the Coffee Quality Institute. During this five year project, Andrew was responsible for market strategy, coffee value differentiation and execution of an export marketing plan to high-value consuming nations that led to coffee industry market linkages.

In Myanmar, Mr. Hetzel was subcontracted by USAID in May of 2015 through the Coffee Quality Institute (CQI) as its senior adviser in charge of international coffee marketing and trade for the Value Chains for Rural Development project. Value Chains is a five-year USAID-funded program in Myanmar, implemented by Winrock International, to increase productivity and competitiveness for rural farmers. At the time it began, Myanmar had only recently emerged from diplomatic isolation, and its farmers had no knowledge of best practices in coffee agriculture, processing, or international trade. Myanmar was completely unknown to consumer markets outside of Asia. With poor quality and lacking international market access, coffees produced by smallholders were often sold as unprocessed cherries, at sub-commodity ‘c’ contract prices at local markets or to opportunistic traders at the Chinese border.

The assignment began with a baseline assessment of Myanmar’s coffee quality and capacity for trade, leading to the development of a strategic marketing plan. To sample representative coffees and build international industry awareness for the effort, Mr. Hetzel developed protocols and organized the country’s first national cup quality contest. Sixty samples from the Value Chains project communities were collected by extension agents and evaluated to Specialty Coffee Association (SCA) standards by a small team of international cuppers at a facility in Yangon. Results were publicized by Hetzel in coffee trade media. Data collected during stakeholder consultations at the same time led to the development of the country’s first coffee marketing strategy plan. A separate team of agriculture specialists working under CQI focused on the implementation of best practices and installation of processing equipment, concurrently with the market evaluation.

Activities recommended by the strategic plan were implemented by Mr. Hetzel over the following two harvest seasons, including:

As the result of this coordinated marketing effort in combination with performance by the agronomy team to improve coffee quality at a rapid pace, high-value direct trade relationships were developed with visible and influential coffee buyers in only two seasons. New trade partners resulting from the effort included visible specialty coffee buyers from the United States (Whole Foods, Blue Bottle Coffee, La Colombe Torrefaction, others), in Japan (Key Coffee), Australia/NZ (Toby’s Estate, Raw Material), Europe (Kaffitar, Caravan Coffee), Korea and elsewhere. Upon completion of the 2017 harvest, coffees originating from the Value Chains project were sold in their entirety with excess demand. Average green coffee sale prices in the 2017 season topped US$3.00 / lb (AU$8.33 / kg) F.O.B. with some lots selling over US$10 / lb (AU$27.74 / kg). Mr. Hetzel’s contract concluded at the end of the 2017 harvest season, but the trajectory for Myanmar project remains positive, as it works to expand production capacity to meet market demand and provide a new source of income to rural households.

US Buyers Showing Burgeoning Interest in Coffee from Myanmar

Myanmar Coffee Is Having A Moment