You may have noticed that I have been acting more strange than usual for the past couple of years: sometimes secretive, making occasional large and unusual purchase inquiries without too much detail, taking urgent phone calls at late hours and of course leaving my home on the Island of Hawaii to spend weeks at a time in northwest Russia during bitter cold winter months. My FedEx driver still looks at me a little curiously with each coffee-scented package addressed with Cyrillic characters.

I will admit that it all looks a little sketchy, but both my courier and my mother will be pleased to learn that I’m not trafficking drugs, spying on behalf of some clandestine government agency or doing anything else that would have me jailed, deported or worse. I’m still firmly planted in the world of coffee, but stationed in one of the world’s latest and most exciting specialty frontiers: the Russian Federation. 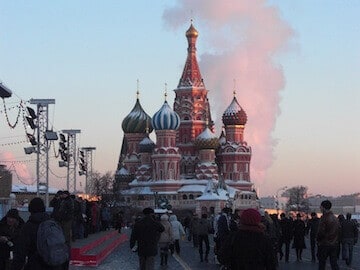 For about the past two years now, I have worked for a company called Soyuz Coffee Roasting, helping them to design and launch the first medium-sized specialty coffee wholesale roaster in that country from scratch — overcoming some significant obstacles in the process and achieving some amazing results. We call the operation ‘medium-sized,’ but you can think of it as a startup with approximately the production volume of 2 or 3 of the most popular high-end roasters in the U.S.A. combined… on day one. Everything is bigger in Russia.

The concept of specialty coffee is still very new in Russia but it is growing, as is demonstrated by increasing support of SCAE Russia and its events, as well as market statistics that show consumption of roasted coffee is on the rise while instant coffee (traditionally the market leader in Russia) remains flat or is decreasing. Parent company Soyuz Corporation has been involved in other areas of the food business since 2000, earning the national title of “Official Purveyor to the Kremlin” for outstanding quality achievements, therefore recognizing the similar opportunity in coffee. 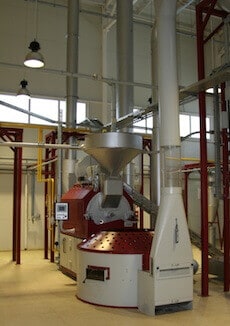 SCR launched three primary brands (Mon Ami, Paretto and Barista) in January 2011. A total of 7 espresso blends across those 3 brands are being roasted at a new state-of-the-art roasting facility and coffee quality laboratory in Kaliningrad (a Russian territory between Lithuania and Poland) using highly customized machinery and sophisticated automation engineering that allows for operational consistency and efficiency, but with roastmaster control at the level of fine detail expected from a small artisanal micro roaster. No expense was spared in the development of the facilities or purchasing of equipment; however, I believe that it is their entrepreneurial spirit and drive that is their great asset, not any shiny roaster. 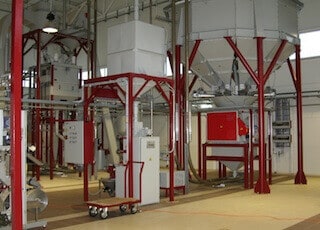 Since in-season and high quality green specialty coffee is practically non-existent in Russia and a major hurdle for any roaster in that country, SCR sources and imports all of its own coffees into the Russian Federation and has established direct trade relationships with a number of premium estates to ensure seasonal availability meeting its high quality goals. This is something practically unheard of for any but the country’s large commercial roasting operations. Sending specialty coffee to Russia is so new that we had difficulty finding exporters to take us seriously; when mentioning that the destination of coffees purchased would be Russia, some would stop returning my calls!

The products have now launched and are being scooped up with great interest by the national retailers. CoffeeReview.com just recently rated each of the blends, which were submitted for review from early production batches, obtaining impressive scores topping out at 92 for Barista Blend #4 and all others in the high 80’s or low 90’s. I’m very proud of what has been accomplished so far and believe in coming years that Soyuz will be a leading force in the Russian specialty coffee movement. You’ll be hearing much more about the country, the company and its products in the near future. This is just the beginning.