Last week while paging through the October 2011 issue of Bon Appetite magazine, I nearly fell off of my chair. Staring right back on page 25 was the smiling face of a friend, Italian Barista Champion Francesco Sanapo. 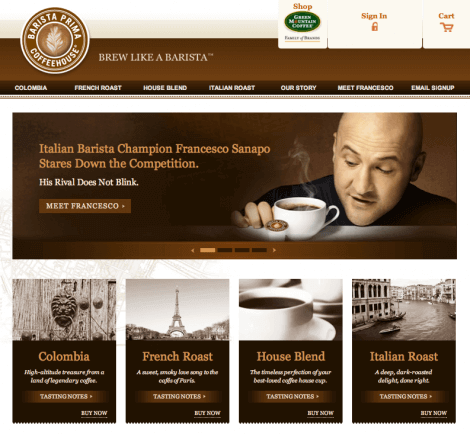 Francesco is the face of an advertising campaign for a new line of K-Cups, the wildly successful single-serve consumer coffee cartridge format owned by Green Mountain Coffee Roasters Keurig brand, called Barista Prima. I immediately went to Facebook to congratulate and taunt Francesco for his achievement, as any friend should.

However, commercial success it seems rarely goes without criticism. The next day, popular coffee blog Dear Coffee I Love You published a scathing review of the campaign, saying:

“The brand’s tagline, “Brew like a barista™” is insulting to Francesco’s accomplishments as well as every other barista who works passionately to serve great coffee every day.”

“As an entity that represents the editorial voice of a passionate barista, one who has proudly worked for over a decade in the specialty coffee industry across America, we can say that we’re not the least bit insulted by Francesco’s involvement in Green Mountain’s ad campaign.”

…further adding that Francesco will put proceeds from his work to fund a new ultra-high-end specialty coffee roasting business in Italy, a country market known in specialty trade circles as lacking such businesses, despite its romantic consumer cachet as having the world’s best coffee.

Although I understand the criticism of purists that consider Francesco’s involvement with Keurig a type of ‘sell-out’ of artistic integrity, I suggest we should consider the matter from a wider perspective: a major U.S. company with the market cap of more than $11 Billion chose a competitive barista to represent its new featured product in a campaign that will reach an audience of millions. By doing so, they skipped over typical picks like feature film stars (e.g. George Clooney for Illy) or perhaps some vapid celeb-u-tard from the Jersey Shore or its ilk and selected a true and undisputed craftsman of coffee to be their spokesman.

By choosing Francesco or any genuinely skilled barista to head its campaign, the company has elevated the barista profession to a new height of public awareness and made the position of national champion even more desirable for competitors. As a bonus incentive for outstanding performance, national barista champions now may attract substantial paid product endorsements in addition to the traditional prize of hometown bragging rights and passage to the annual World Barista Championship.

Few of us venture far away from the tiny bubble that houses our coffee elite (but when we do, we bring an Aeropress

), so it is easy to become disconnected from ordinary coffee civilians, most of whom still believe that a barista is actually the coffee shop where Italians drink coffee rather than its bartender. Having been to some of the small towns that coffee hipsters see on the inflight map between the mecca cities of Portland and New York, I can testify firsthand that simply getting out the basic messages “a barista is a person,” and “there is such a thing as a barista champion,” to a mass audience is an amazing win for all of us in the specialty industry.

Despite the consuming public’s lack of coffee knowledge, they are able to reason and will most likely recognize the images of Francesco eyeing down the little plastic k-competitor as ADVERTISING rather than a genuine mano-a-mano competition for coffee quality supremacy. Those few television viewers that believe Olympic athletes eat and drink at McDonald’s each day may be snared by the Brew like a barista™ tagline, but face it: they were a lost cause anyway.

The specialty coffee industry is at a crossroads: will we go back down into the basement and play with our Chemex as we have done in the past or is it time to organize, commercialize and push for the public visibility, awareness and ultimately the appreciation from mainstream consumers that we need in order to revolutionize global coffee quality. There cannot be widespread change without widespread support.

We have reached a tipping point where mass marketed products are beginning to feature specialty coffee terms and coffee celebrities. With any luck, lifestyle brands (e.g. the Francesco Sanapo limited edition Bentley) are not far behind. 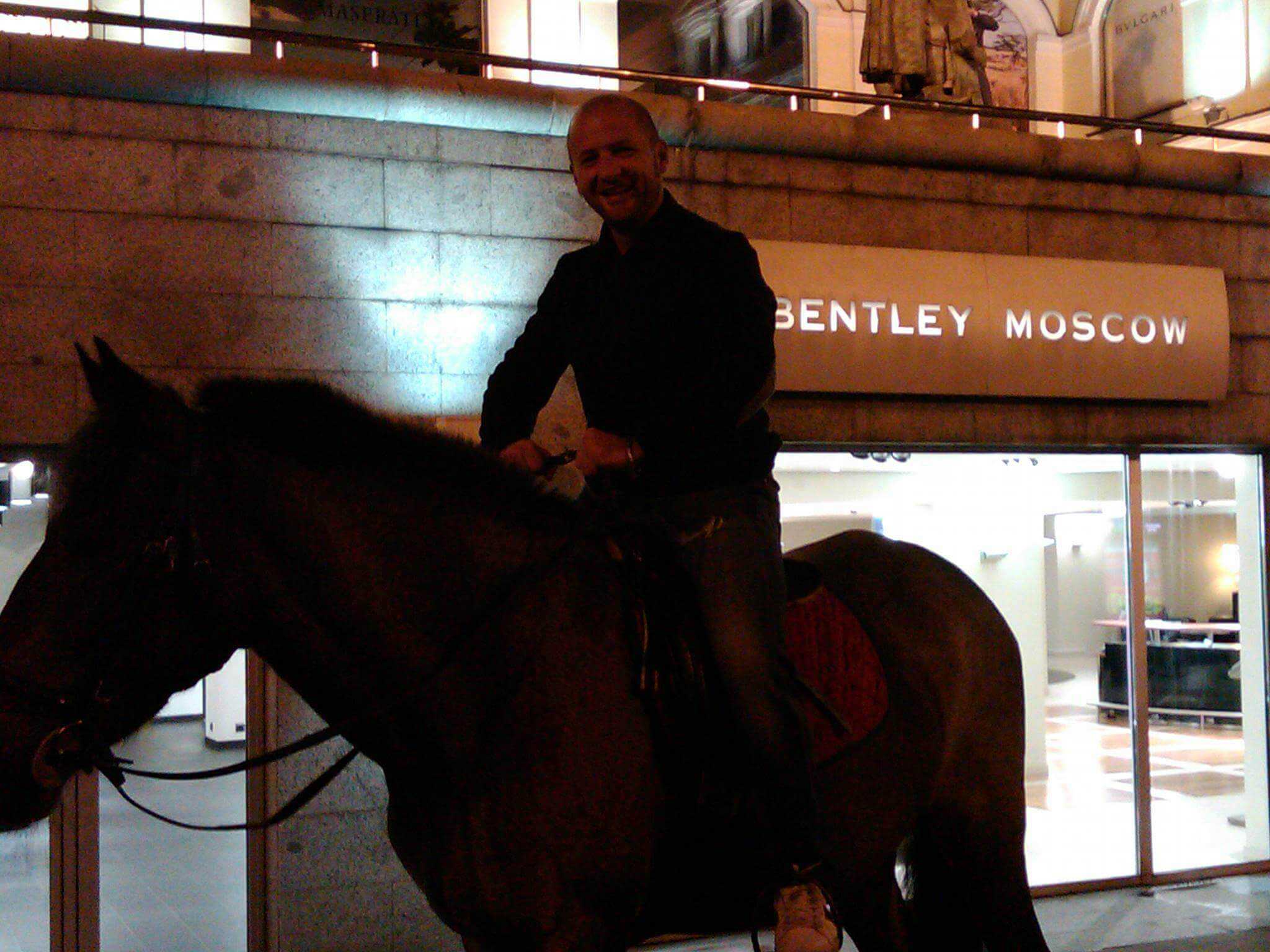 Franceso Sanapo on a horse in Moscow at 3:00a