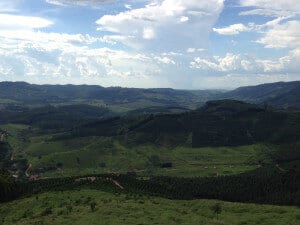 It’s been a turbulent few weeks for the ‘C’ market, with commodity coffee prices nearly doubling since February and topping out recently at just over $2.00/lb. That sort of instability sends specialty coffee buyers scrambling to fix purchase contracts on coffees for later in the year and sending auction bidders to the sidelines. Green coffee prices may climb but credit limits remain the same, making coffee buyers cautious when considering new and unscheduled purchases, such as those from high profile auctions. Nevertheless, the Brazil Cup of Excellence auction was able to record a 10% increase for the average price of coffees sold when compared to the prior year’s contest.

In all, proceeds from the sale of twenty-three lots raised over $302,000, 80-85% of which is paid directly to the winning farmers after infrastructure costs.